* In case of any delay in receiving the OTP, you may verify it later. Please proceed without verification.

Enter your City name or Pincode

In the Rupnagar district of the state of Punjab lies the "the holy City of Bliss" known by the name Anandpur Sahib. It is a very important place in Punjab and is considered very sacred by Sikhs across the world. The place is very closely related to history and religious tradition of the Sikhs. Anandpur Sahib is located amidst picturesque surroundings and is situated in the lower spurs of the Himalayan Mountain. Barely four miles away, river Sutlej forms a border on the south western part of the city. 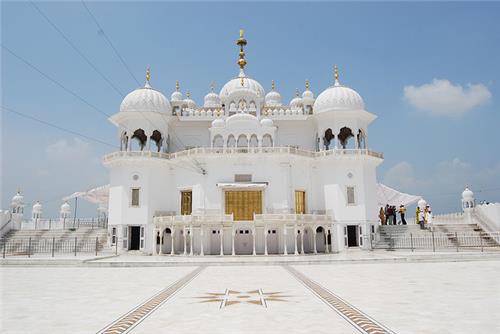 Guru Tegh Bahadur, who is the ninth Sikh Guru, founded Anandpur Sahib in the year 1665. Initially he had just bought a track of land which developed into Anandpur Sahib of today. A new habitation was raised by Guru Tegh Bahadur on the mound of Makhowal. Baba Gurditta had broken the ground on 19 June 1665. The village was initially called by the name Chakk Nanaki. The name was kept after the Guru's mother whose name was Nanaki. Much later the village came to be known by the name Anandpur Sahib.

Anandpur Sahib coordinates at 31.23°N 76.50°E. The climate of Anandpur Sahib is mostly warm and temperate. The average temperature is around 24.0 °C. Rains here normally falls during the winter months i.e November, December and January. Summer months are hot with warm wind blowing at high speed.

Fair and Festivals in Anandpur Sahib 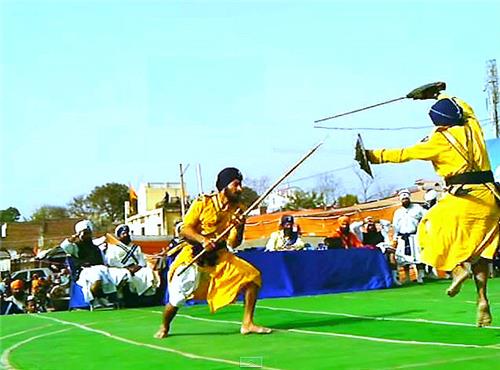 Hola Mohalla Celebration
During the three days festivals the Gurudwaras are decorated with lights and the whole city has a festive look. Religious functions and community conferences are also held during that time. The special attraction is to watch the proceedings of Nihangs who are dressed in traditional dress and carry weapons too. Apart from this festival, Baisakhi, Diwali, Teej are also celebrated with lot of enthusiasm here.

The holy city does not have an airport of its own. The nearest airport to the city is Chandigarh airport which is located at a distance of 65 Km from the city. From the airport public and private modes of transports are available to reach the holy city. Regular trains ply between different cities of Punjab and other cities from Anandpur Sahib. The city is well connected to other parts of the country via railways. Roadways are another great medium to reach Anandpur Sahib. Government and various private buses can be availed to reach the city from different parts of Punjab and other neighboring states.

Since the city is famous worldwide due to it being the holy city of the Sikhs, the health care system that is found here is also good. There are various hospitals and clinics in Anandpur Sahib to take care of the health care needs of the people. Here is a list of few of the healthcare centers that can be approached for any treatments.

District administration is responsible for maintaining the law and order of the city. They are very active in fulfilling their duties and can be approached at any time for any help. Being a historic and holy city, a visit to Anandpur Sahib is going to give you lots of information about Sikhs culture and tradition and also about the history of Sikh religion.

Comments / Discussion Board - About Anandpur Sahib